This briefing provides a high-level review of select trends in TSX 60 CEO pay levels and design observed over the most recent proxy season. For our clients, we make available more detailed analysis and interpretation of trends (e.g. incentive plan design, relationship between pay and performance, etc.), including the identification of implications tailored to each specific client’s characteristics and circumstances.

In the same way that performance among companies in the TSX 60 Index1 (“TSX 60”) is considered a bellwether of the overall Canadian economy, the compensation and governance practices of the TSX 60 provide an important frame of reference for Canadian companies generally. Since the end of the most recent Canadian proxy season, Hugessen Consulting has compiled data on the executive compensation practices at TSX 60 companies, with the aim of uncovering recent trends in pay levels and design.

This document provides a glimpse into some of the high-level findings from this review. 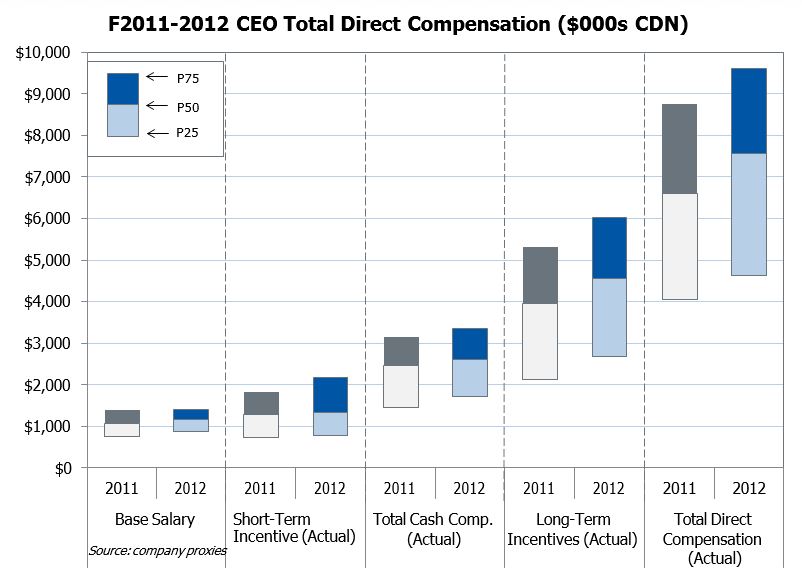 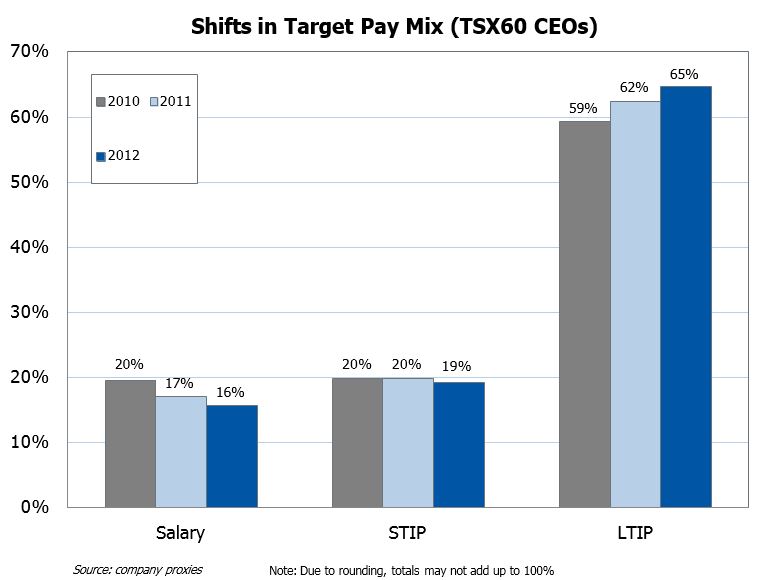 Increased Use of Multiple LTIP Instruments 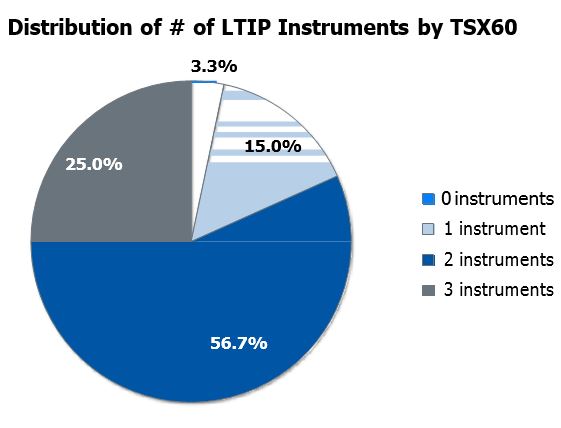 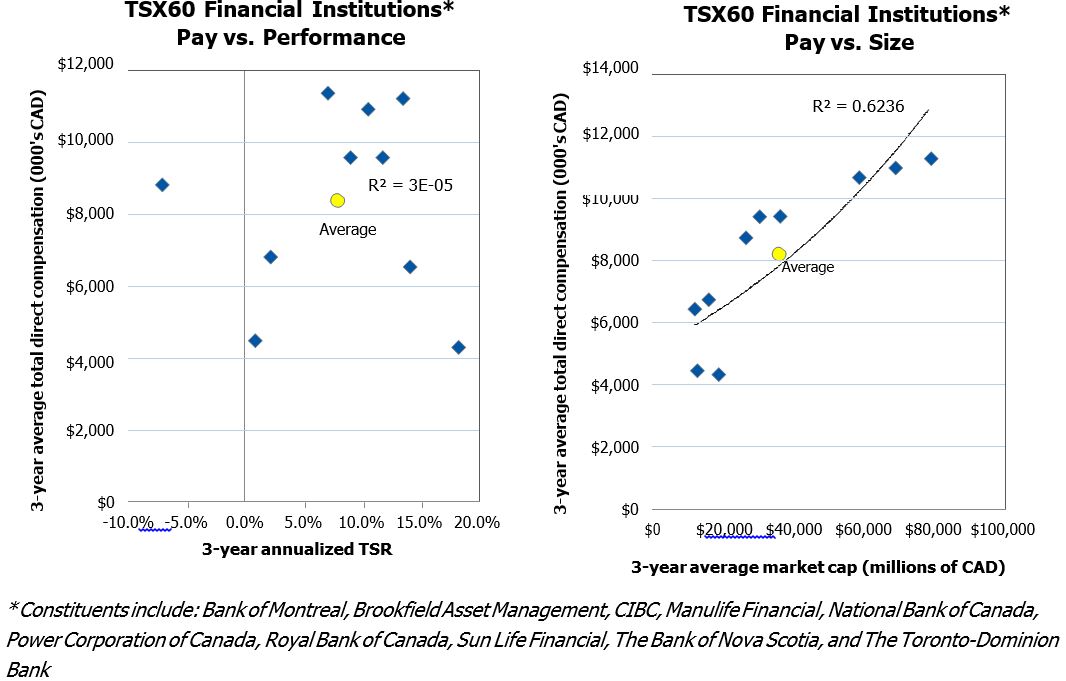 2 For the purposes of this document, TDC is equal to the sum of base salary, actual short-term incentives paid, and expected value (or grant date fair-value) of long-term incentives granted