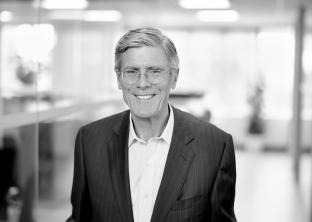 Based in Toronto, he has over 30 years’ experience consulting in Canada, the US and the UK to both public and private corporations, and to large pension/sovereign wealth funds. Ken and his partners founded Hugessen Consulting in 2006 to meet the growing needs of boards and compensation committees for independent advice. He works with clients to align executive pay outcomes with corporate and individual performance, and to strengthen board governance and support director-led engagement with the shareholder community. He writes and speaks extensively on the role of the Board, and the Compensation Committee and its Chair in executive compensation, and is a faculty member in the Institute of Corporate Directors' Directors Education Program.

Prior to founding Hugessen Consulting Inc. in June 2006 Ken was a worldwide partner with Mercer. He joined Mercer in 1974. In 1981, he was appointed leader of the firm's Executive Compensation Practice in Canada, and became Director of the Canadian Company in 1983. He became a Managing Director of Mercer Inc. (New York) in October 1985. In the mid-1990s Ken established Mercer's Executive Compensation practice in Chicago.

Ken holds an Honours BSc from Sir George Williams University, a MA from Dalhousie University, and an MSc from the University of Chicago. He is a Killam and National Research Council Scholar, and is a fellow of the Society of Actuaries and of the Canadian Institute of Actuaries.